Hitchhiker, vegan, desert rat. Interested in dismantling oppressive structures and building intentional communities. Feel free to contact me on Trustroots if you are in my local area and need a place to stay- I'm always happy to help out fellow hitchhikers. 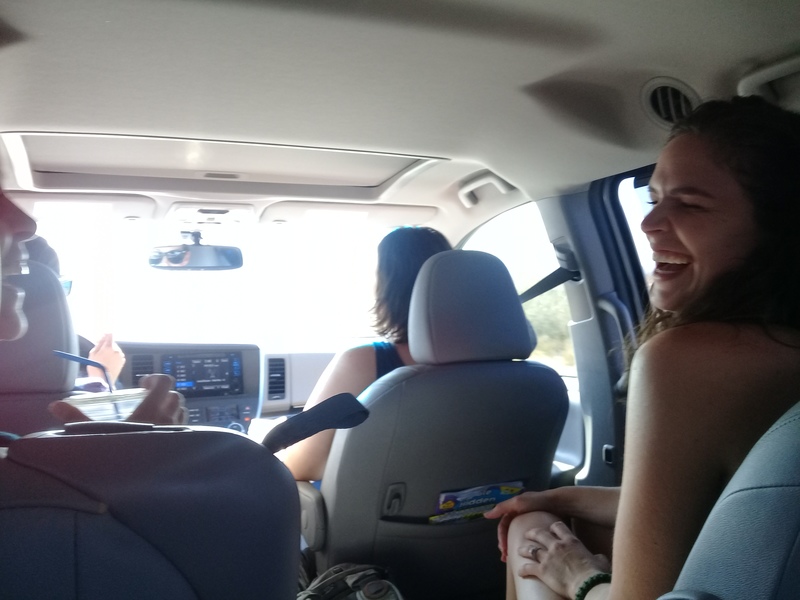 Rachel in the minivan 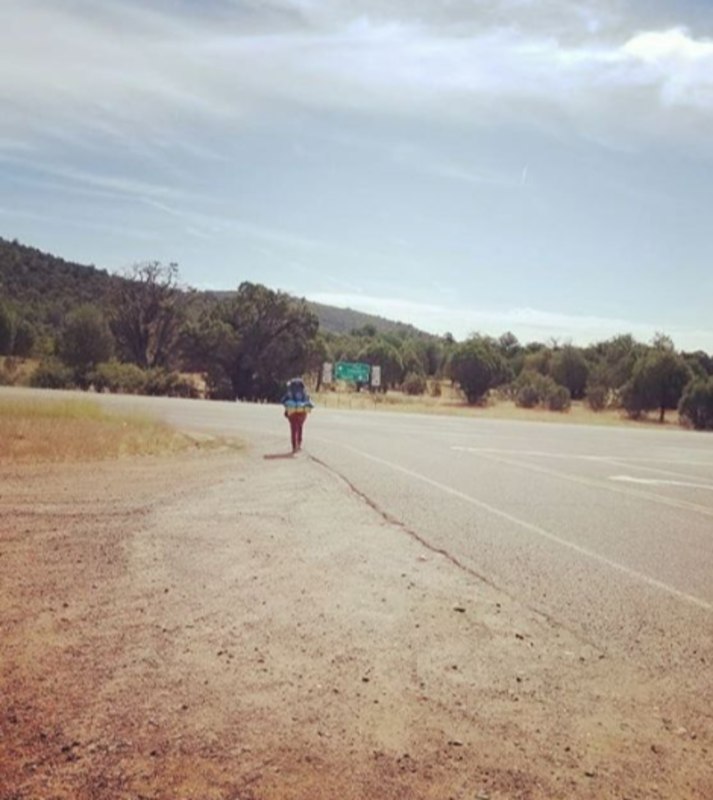 From Phoenix to Monticello
12
12 rides: very good, good
27
Wallpaper was 27 when she did the trip
🇺🇸
United States: 656 km
3 years ago
wallpaper
female

My sister picked me up!

I was standing on the edge of the highway for less than a minute when I saw a minivan approaching. Two white 30-something ladies had horrified looks on their faces were in the front and I could tell they were not the type to stop. I put my thumb down... moments later, the van pulled over! Guess I was wrong... I started running up to it, and the side door slides open. My oldest sister is in the back seat! She and her church friends were hiking Tonto Natural Bridge that day. There are millions of people in the Phoenix area, and my sister never drives that road! The odds that she would pass me while I was on the roadside were sooo slim. Anyway, she and her friends drove me North and I had some unexpected sister hang outs.

Andrea was an older woman who was very excited to pick up a female hitchhiker. She said it reminded ber of her youth, when she was more free and less afraid.

Show Trip
From Eugene to Portland
1 ride: good
27
Wallpaper was 27 when she did the trip
🇺🇸
United States: 176 km
3 years ago
wallpaper
female

An older man named Dennis picked me up. He was driving home to Washington State, having burried his wife of 47 years near her family home in California. He talked about their marriage, their three daughters, how proud he is of his family, his religion (he's Catholic). We shared travel stories and he was incredibly kind. 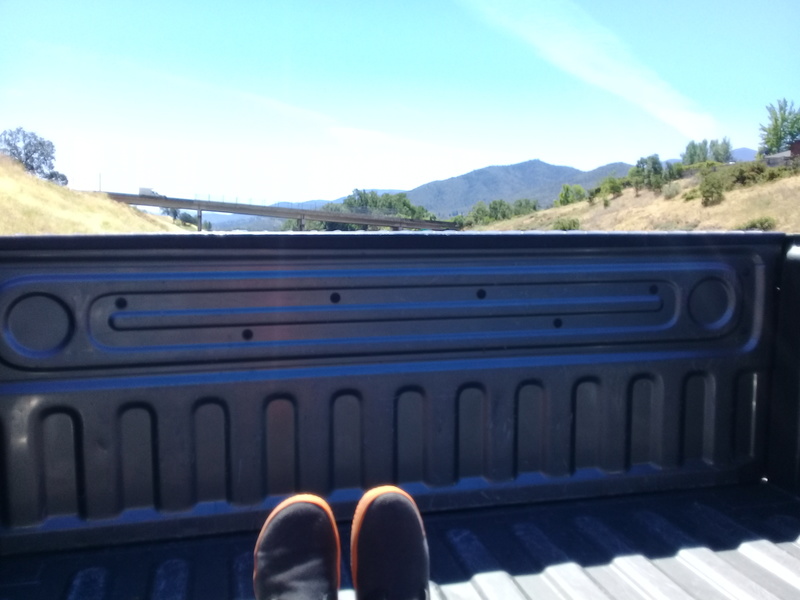 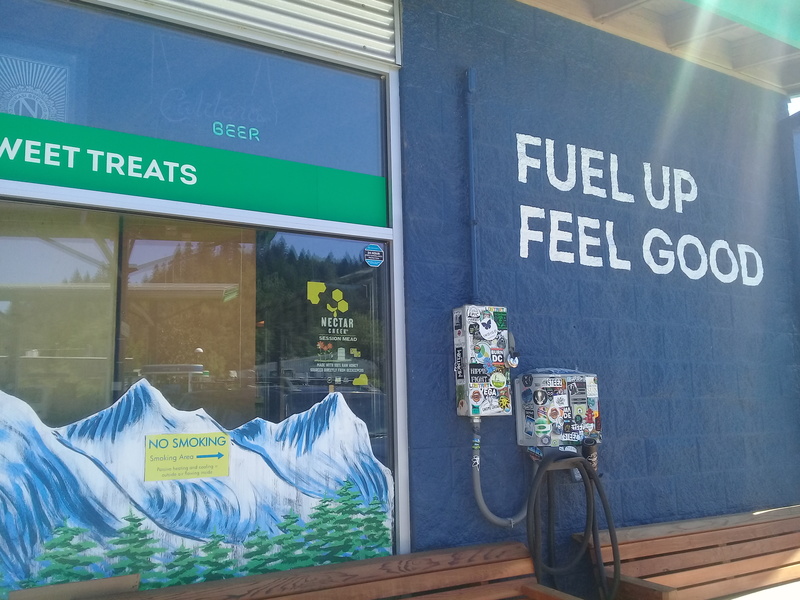 The eco gas station where we stopped

From Ashland to Eugene
2 rides: good, very good
27
Wallpaper was 27 when she did the trip
🇺🇸
United States: 287 km
3 years ago
wallpaper
female

Ride in the back of a pickup. A man with a warm smile who adviced me to be careful.

Payam got off the interstate and back on (turned around to pick me up). What a great and joyful ride!!! We discussed farming, intentional communities, his experience as an Iranian American, activism, life... what a wonderful human. I will definitely be in contact with him in the future. 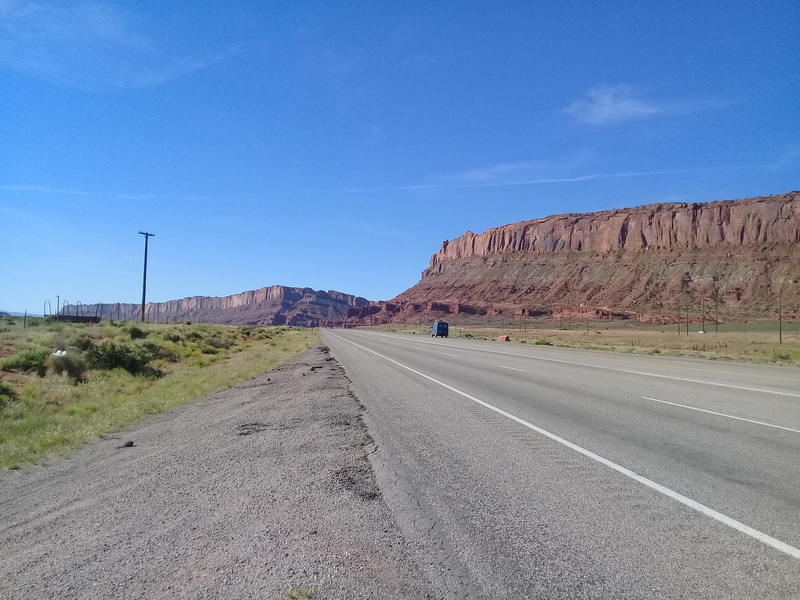 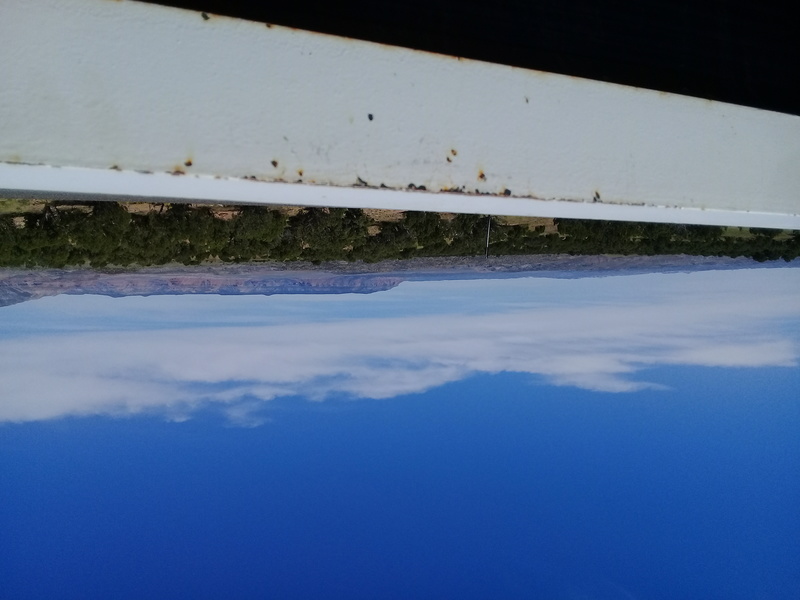 From Moab to Salt Lake City
4 rides: good, very good
26
Wallpaper was 26 when she did the trip
🇺🇸
United States: 376 km
3 years ago
wallpaper
female

Matt, whose partner is doing community rebuilds, offered to give me a ride north of town. Really sweet guy, we talked about intentional communities and visions for the future.

A rad couple in a jeep turned around to pick me up. They had just been hitchhiking themselves recently, after a backpacking trip. We discussed hiking in Southern Utah and Colorado. They were excited to help me on my journey- really sweet people.

Four men with a pickup truck stopped. They were heading to work at the dinosaur quarry. I hopped in the back. They offered me water, told me to stay safe, and warned me about Utah cops.

After a long wait in the desert, Annie picked me up and rearranged her car in order to give me a ride. What an amazing woman!! She had just finished up a trip paddle boarding down the green river, and had so many wonderful travel stories. From her time in Kenya to her work as a fiber artist to her childhood growing up in a Mormon household, there was so much that was shared. I can't wait for our paths to cross again!

Show Trip
From Boulder to Moab
4 rides: good
26
Wallpaper was 26 when she did the trip
🇺🇸
United States: 306 km
3 years ago
wallpaper
female

Local who works at Hell's Backbone (restaurant) picked me up. We discussed politics, history, and hiking in the area. We also stopped at a roadside spring he knew about to fill up our water bottles!

Show Trip
From Escalante to Boulder
1 ride: very good
26
Wallpaper was 26 when she did the trip
🇺🇸
United States: 46 km
3 years ago
wallpaper
female

Had a really fantastic conversation with this kind man named Eli. He picked me up in an old car with no windows, very little interior, and a friendly dog inside. We discussed Montessori and Waldorf education, working as teachers, our experiences in Southern Utah. It was his 6 month old daughter Theresa's birthday. 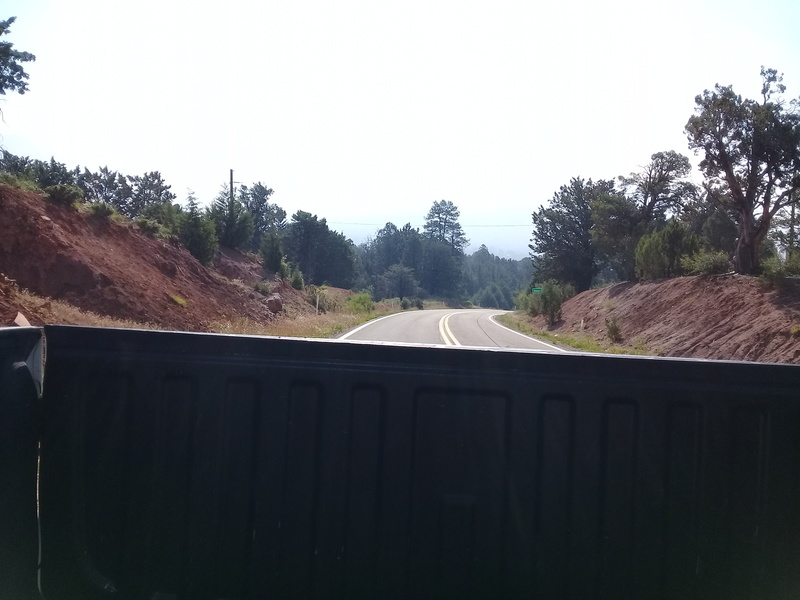 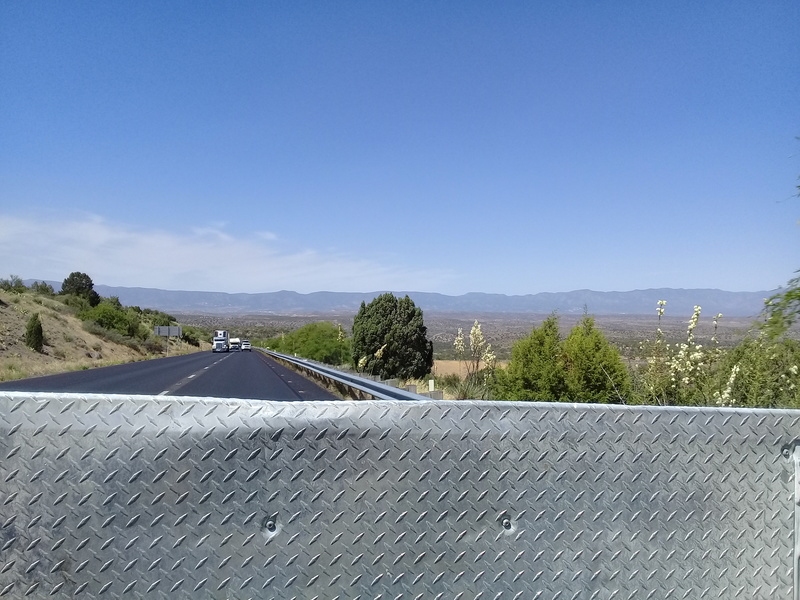 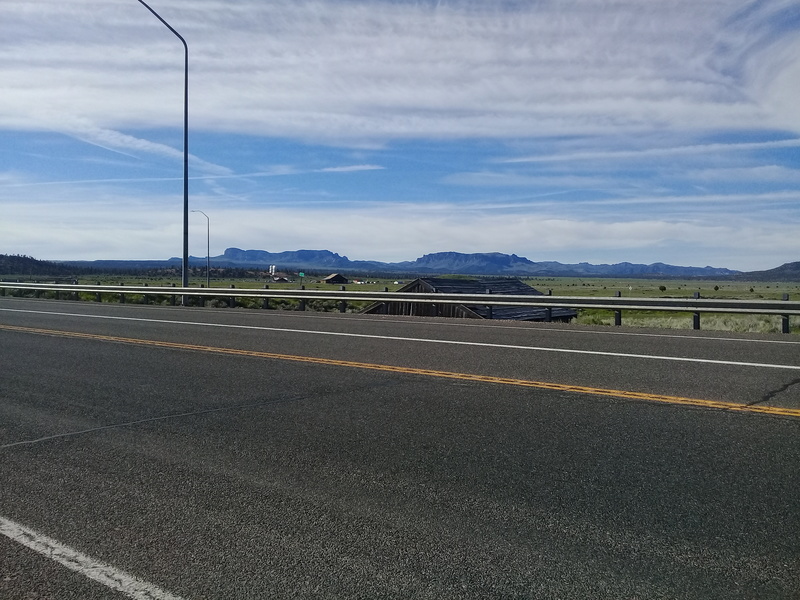 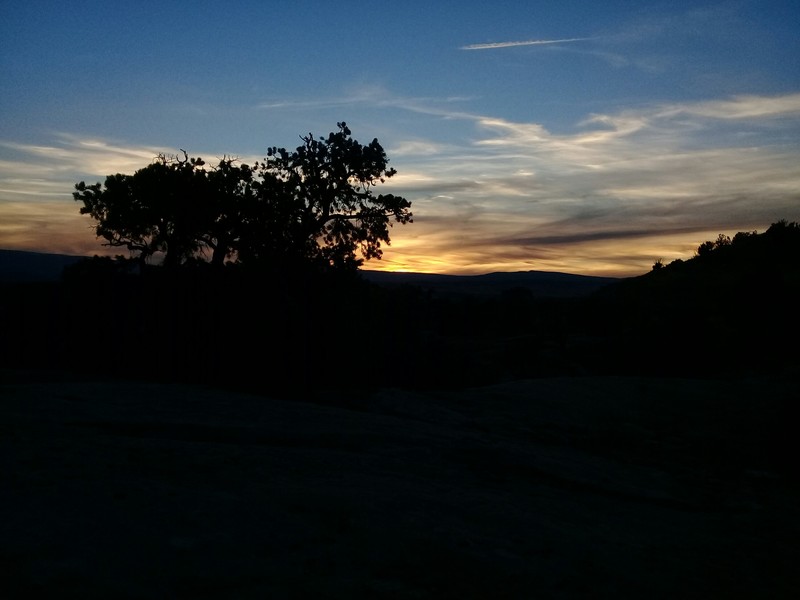 My campsite at sunset

From Mesa to Escalante
7
7 rides: good, very good, neutral
26
Wallpaper was 26 when she did the trip
🇺🇸
United States: 633 km
3 years ago
wallpaper
female

Another pickup truck. This one belonged to a hunter who wanted to help me out. He drove me to Flagstaff and offered to buy me McDonald's if I was hungry.

Amélie, a woman from Paris, picked me up. She lives in Mexico most of the year working as a scuba divimg instructor. Now she's on a solo roadtrip around the states. "I feel like the world is my home."

I had the longest wait of the day in this spot. It wasn't the optimal time to be heading East, most of the traffic was heading to the national park. A Russian hitchhiker named Maxim walked up to me while I was trying to catch a ride. He said the U.S. is the worst place for hitchhiking-- very contrary to my experience. He then said that the fastest way to hitchhike is as a man/woman couple. I disagreed... having experienced both solo, pairs, trios, etc. by far hitchhiking as a solo woman is the fastest, followed by a pair of women, followed by a woman and a man together. It was weird he was denying this experience, since he has obviously never hitchhiked as a woman. Anyway, he decided to continue down the highway. A bit later a man stopped and offered to drive me to Boulder- he is working a construction job there. I let him know about Maxim down the road, but he wasn't interested in stopping for a second hitchhiker. The ride was fine- quiet- until around Escalante, when the driver pulled out some beers and wanted to start drinking. I decided to get out of the car. At that point it was close to sunset.

A few cars passed me until a father/daughter duo stopped. Nice people, they weren't going far, but they new of a sweet dispersed camping spot near the highway up ahead. They dropped me off there as the sun was setting. 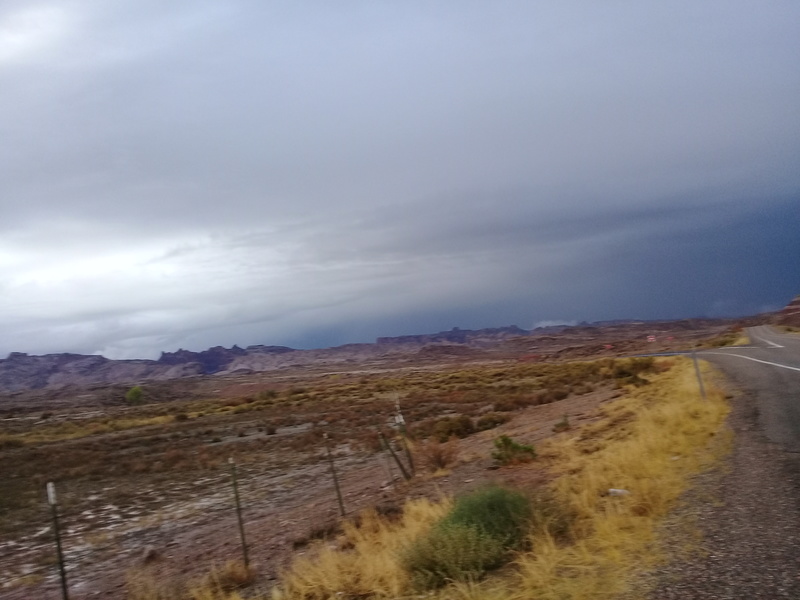 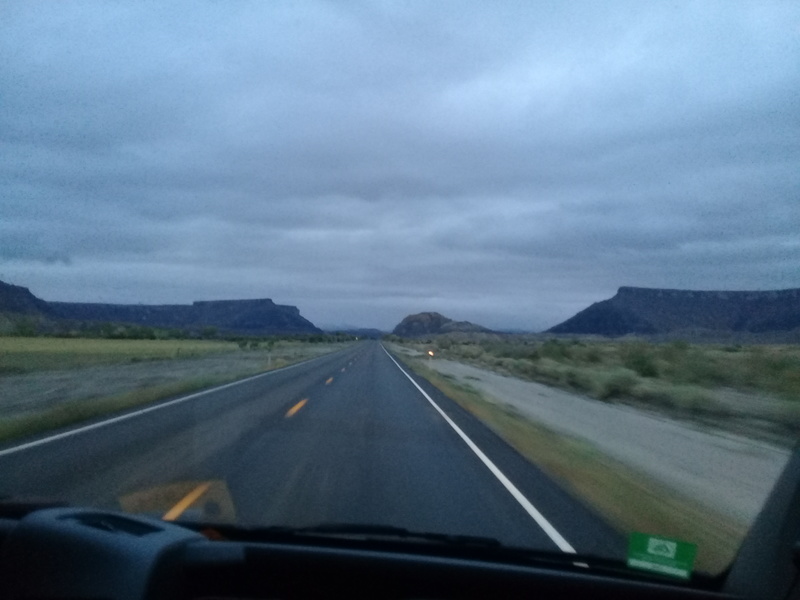 I waited for hours in the cold rain- several cars stopped for me, but all were heading to Moab (south) rather than my direction, north. The spot was less than ideal, and I stayed for too long. Eventually, I decided to get a ride down to Moab and try from there- Leftie gave me a ride the few miles into town, and I warmed up a bit before walking back out to the highway,

Ellie turned around to pick me up and she was amazing! She drove 30 miles out of her way to drop me in a good spot, ensuring I'd only have to wait for one ride (rather than two). She was just returning to Colorado after doing humanitarian work on the Mexican/Texas border. We talked about border-related activism, spirituality, approaching fear, and utopic world visions. A lovely ride.

I had been dropped off in the middle of the desert, no facilities for 40+ miles in any given direction. The sun was on the verge of setting. Six cars passed me in 50 minutes- the seventh stopped. Joan and Mike were from Minnesota and were edging toward the end of their road trip. Nice people, I gave them recommendations for what to do in the area, and we discussed history and travel. 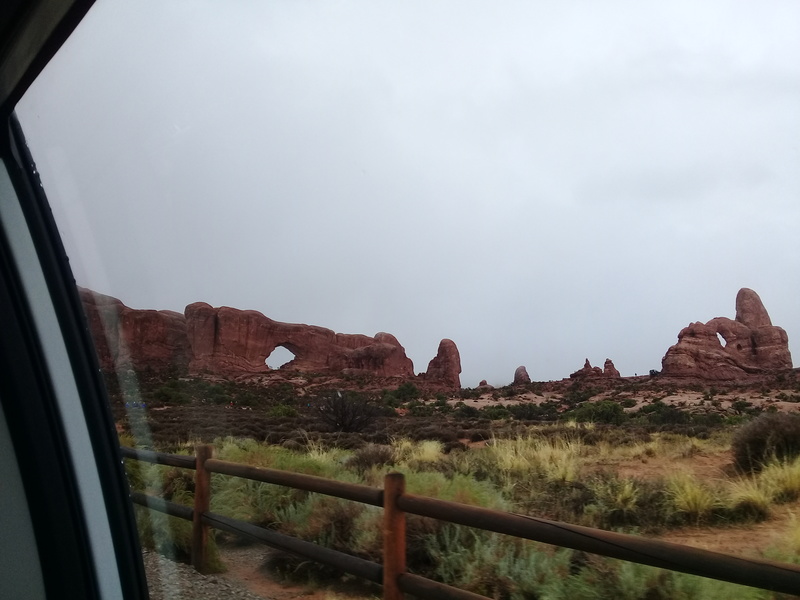 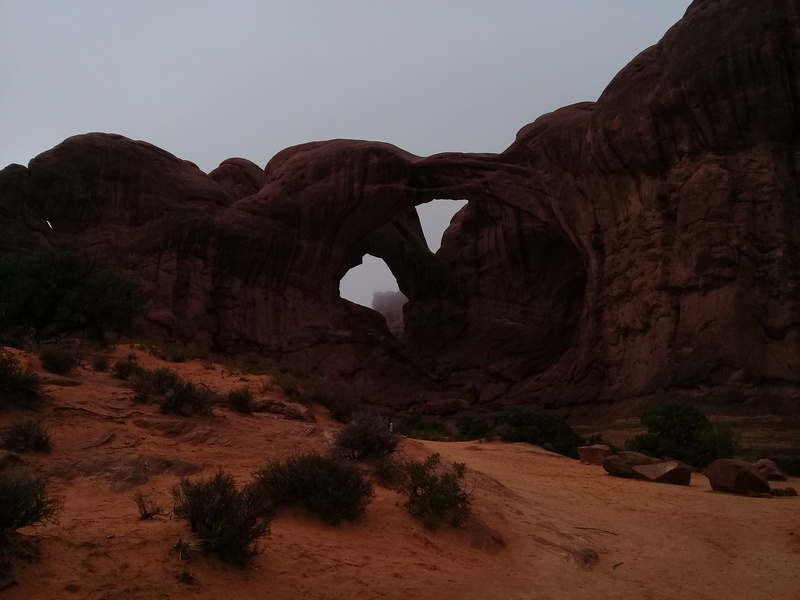 A young Frenchwoman from the hostel I was staying in kindly offered me a ride. We chatted about hitchhiking alone.

An older French couple picked me up after I had been waiting not even 30 seconds. They ended up driving me down the scenic drive, and we hiked together to a few different arches and viewpoints- I spoke rudimentary French, and they spoke broken English, and we enjoyed each others company.

A man who works for USGS picked me up. We talked about hiking and geology.

Show Trip
From Fruita to Moab
4 rides: good
26
Wallpaper was 26 when she did the trip
🇺🇸
United States: 235 km
4 years ago
wallpaper
female

A couple who recognized me from the visitor center drove me to the edge of the park. They were kind and interested in the park's history.

A local named Ed turned around to picked me up- he owns the Hanksville Inn. We talked about flooding events in the area- in 2007 his inn was flooded when the Fremont River swelled and broke a damn in the area. He was still seen as an outsider at the time, but the community worked together to help him get back on his feet.

Frank with AZ plates picked me up. He was on a roadtrip. Told me some wild stories about hitchhiking around Mexico, Southeast Asia, and the U.S. in his youth. Spent time in Myanmar over the course of several years and shared his observations of change. Had an interesting, middle of the road political perspective. Was arrested as a young adult for political graffiti and was charged with felony conspiracy- he was one of the "Berkeley Four" in the 70's.

This sweet middle-aged asian couple from Maryland picked me up. It was their first time in Utah and their first time picking up a hitchhiker. We chit chatted about the weather (flash floods), working in a national park, and recommendations for what to do in the area. They drove a few miles put of their way to drop me in town.

A cute older couple from Virginia gave me a ride from my trailhead down the highway.

Show Trip
From Fruita to Torrey
1 ride: very good
26
Wallpaper was 26 when she did the trip
🇺🇸
United States: 19 km
4 years ago
wallpaper
female

I was hitchhiking to a local women's music festival. Two older lesbians stopped for me on motorcycles, moments after I put my thumb out, and I hopped on!